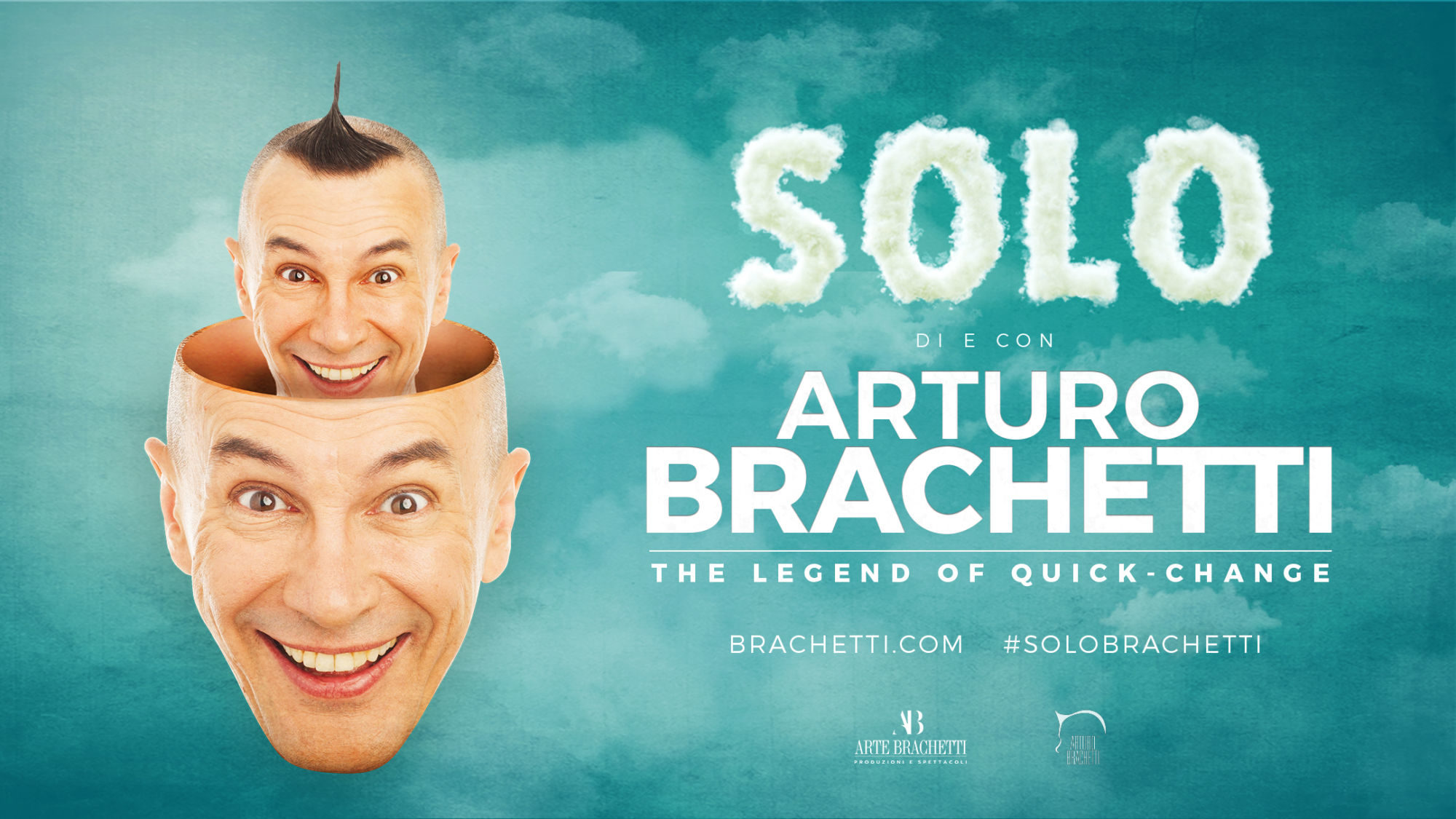 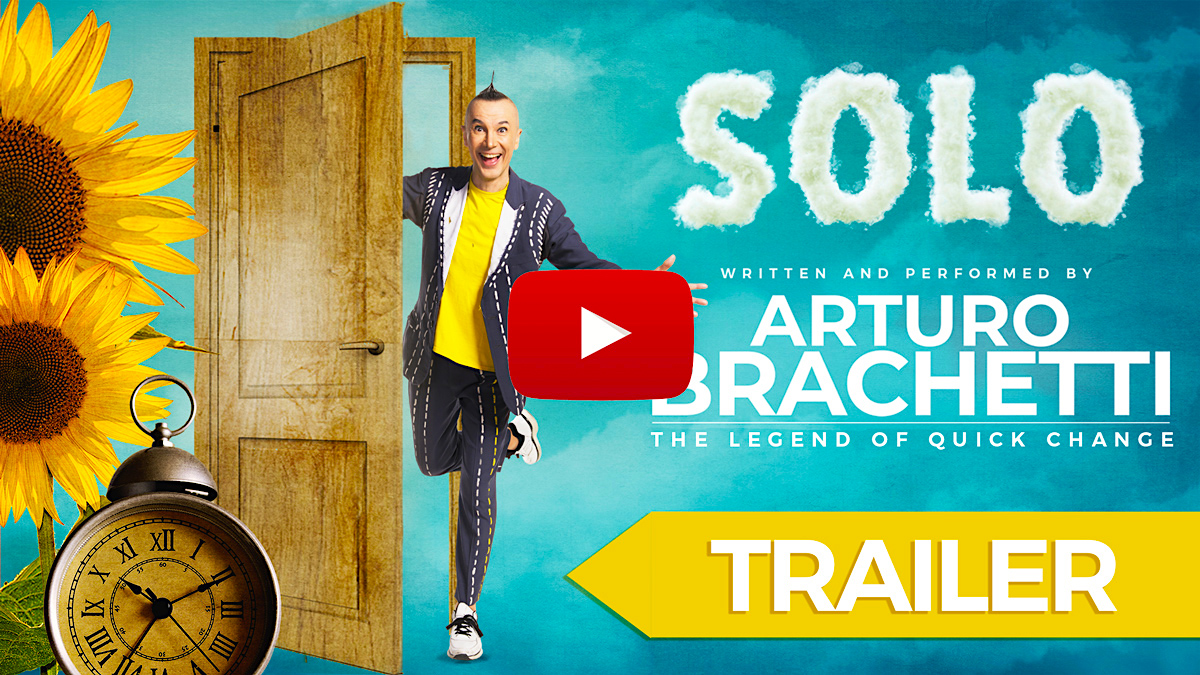 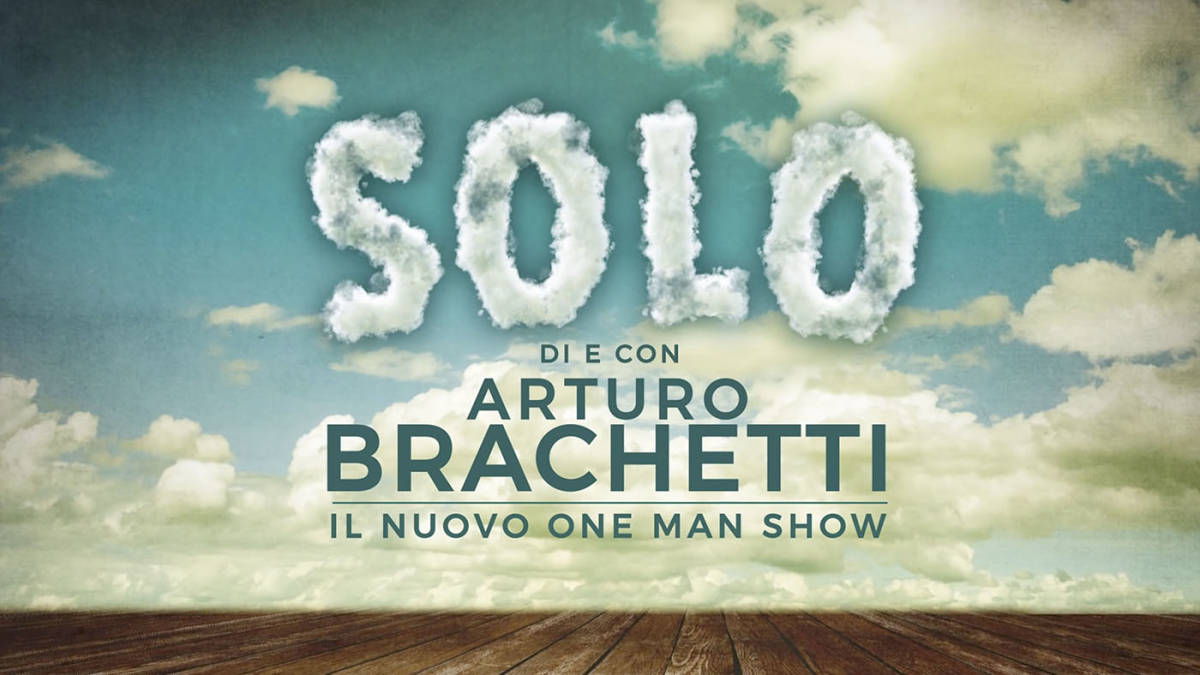 SOLO is a 90 minute surrealist show made of magic, illusions, lights and lasers. 10 scenes featuring over 50 characters, all of them brought to life by the talent of the great Italian quick-change artist Arturo Brachetti. Arturo shares with the audience his fantasies and dreams through the exploration of a miniature house, an allegory for the memories that each of us stores inside safe corners of the heart and mind. With the help of a cameraman the house becomes a set which Arturo invites the public into, 7 different rooms, each associated with a specific memory or theme, that Arturo wanders through with his illusions and transformations.

Arturo tells us the story of the first time he was enraptured by a TV series. The television then becomes a magic box, with 9 iconic TV characters coming out of it and participating in a scene.

Arturo finds in the attic his grandfather’s hat and uses it to travel around the world playing 22 characters.

The “room of primeval necessity”, where Arturo, sitting on a toilet in front of a table, describes the cycle of life, from birth to death.

THE BOOK OF FAIRY TALES

Arturo brings to life 8 characters from beloved fairy tales evoking childhood, from Red Riding Hood and the Big Bad Wolf to Peter Pan, Cinderella and others.

Arturo finds his mom’s sewing machine. Her lovely flowery dress comes to life and a nostalgic Arturo dances an elegant dance with it.

Hilarious misunderstandings and rapid clothes changes enliven the kitchen of an Italian family during a wedding. The ingredients are all there: the cook, the maid, the newlyweds, the priest and even the feisty grandmother.

After a blackout Arturo switches a small flashlight on his skilled hands mold the shadows into the animals inside Noah’s Ark.

Paintings by Magritte, Chagall, Monet and Van Gogh (and a whole lot of magic) mark the passage of time on Arturo’s costumes.

A large sandstorm shuffles all the elements of the show which end up in Arturo’s hands. He revives the whole show via an impressive sand painting number.

The cameraman goes among the audience and looks into the purse of a lady in attendence. He finds her phone and opens the music playlist. Arturo traces the history of 20th Century pop music, from Edith Piaf to Beyoncé, through The Beatles, Pavarotti, Freddie Mercury, Madonna, Céline Dion and Michael Jackson.

Arturo faces the cameraman, his nemesis, in a mesmerizing sci-fi-esque dance of geometric shapes and lights.