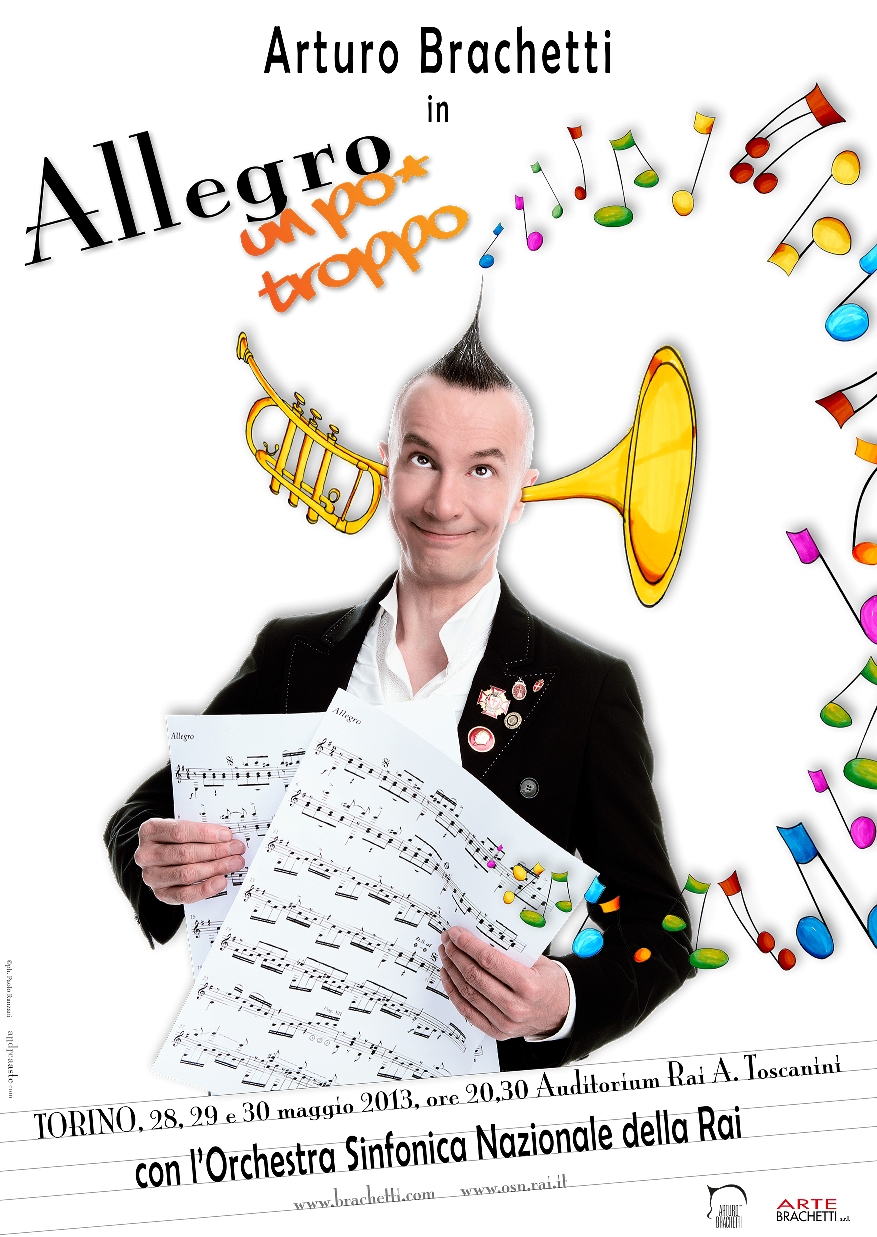 with Arturo Brachetti and the RAI National Symphony Orchestra

The formula of the concert-show combines two different performances, crafting a “watchable concert” and a “listenable show”. After the experience of “Pierino e il lupo”, Brachetti and the Rai Orchestra meet again to give life to this project and to show in a funny way the symphony repertoire. A new field of performance for Arturo Brachetti, quick-change artist, director, actor and lover of innovation and cross-genre shows.

“Allegro, un po’ troppo” is made of two parts: in the first part the Orchestra plays “Peter and the Wolf”, composed by Sergei Prokofiev, of which Brachetti gives a surprising rendition. Arturo becomes the various characters of the fairy tale, involving the public in a fantastic game that makes spectators of all ages complicit. Pierino, the wolf, the grandfather but also the duck, the bird and all the other protagonists of the story come to life before their eyes. Shadows, noises, transformations, and flying objects animate the stage.

In the second part a musical divertissement is proposed, with Brachetti as the star performer indulging himself: like a living cartoon, he portrays with great irony the music itself, its different styles and composers; there is no shortage of surprises and twists, including an unprecedented Arturo Conductor, in true “Brachettian” style.